The thought of only eating during a few hours of the day, or even every other day, may sound a little crazy to some, but intermittent fasting has been growing in popularity over the years as an effective weight-loss tool, with research supporting its ability to increase fat oxidation, reduce body weight, and accelerate fat loss.

Let’s look at the science behind why this approach works, how to do it, and how supplements could help you get results.

What Is Intermittent Fasting?

The general idea of intermittent fasting is to reduce overall calorie consumption, ideally resulting in weight loss. Typically, Intermittent Fasting protocols will involve eating nothing or very little (up to 25 percent of your normal daily caloric intake) for a period of 16-24 hours. Following the restrictive phase, you’ll return to relatively normal energy intake for 4-24 hours, depending on which version of Intermittent Fasting you’re following.

Which method of Intermittent Fasting Is Best?

There are several different intermittent fasting plans, and at first glance it may be a little overwhelming trying to figure out which plan is optimal for you. While we can’t tell you which one will work best for you personally, we can give you details about the more popular diets.

The following list is by no means set in stone. Just make sure to select an Intermittent Fasting protocol that works well with your schedule so it will be easier to maintain. Because as is the same with all diets, maintaining it consistently is the key to results.

Originally created by Martin Berkhan, the central ideas behind the Lean Gains dieting program involve restricting calorie consumption for a period of 16 hours, followed by 8 hours of eating. Although it may be tempting to gorge yourself on whatever you want during the calorie-consumption phase, Berkhan suggests aiming for a higher protein intake on workout days and prioritizing carbohydrates over fat. Rest days should be lower calorie than training days, continuing the high protein intake but flipping fat and carbohydrate intake.

Created by James Johnson, M.D., the Alternate-Day Diet, also known as the UpDayDownDay Diet, follows a 24-hour rotation of low-calorie intake and normal-calorie intake. You’re advised to use moderation on the regular-calorie-consumption days, though, so you don’t end up looking like the Michelin Man on Christmas.

The Warrior Diet, written by Ori Hofmekler, is another Intermittent Fasting protocol. As described by the author, the diet pairs a 20-hour fast with a 4-hour feeding window. The goal of the fast is to increase the actions of the Sympathetic Nervous System—commonly known as fight-or-flight—which may help to stimulate lipolysis and increase metabolic rate.

The feeding window is used to increase the activity of the Parasympathetic Nervous System (or the Rest-and-Digest system), which will help increase the absorption of glucose and assist with recovery.

In a fed state, the human body uses insulin to bring glucose into cells to manufacture energy. During periods of fasting, when food is absent, the body’s level of blood glucose significantly decreases. This lowers insulin release and increases insulin sensitivity, resulting in increased fatty acid oxidation. Since IF may decrease both glucose and insulin levels, the body could potentially use stored fat as fuel.

It may help you burn more fat even while eating the same amount of calories, which is a huge deal. Essentially, temporarily going without food turns on certain fat-burning genes.

Among the overweight and obese, Intermittent Fasting is as effective as continuous energy restriction for weight loss. Also, since insulin sensitivity appears to regulate appetite, periodically fasting may help you feel less hungry. The potential to simultaneously enjoy increased fat burn and less hunger is why people like this diet approach so much. 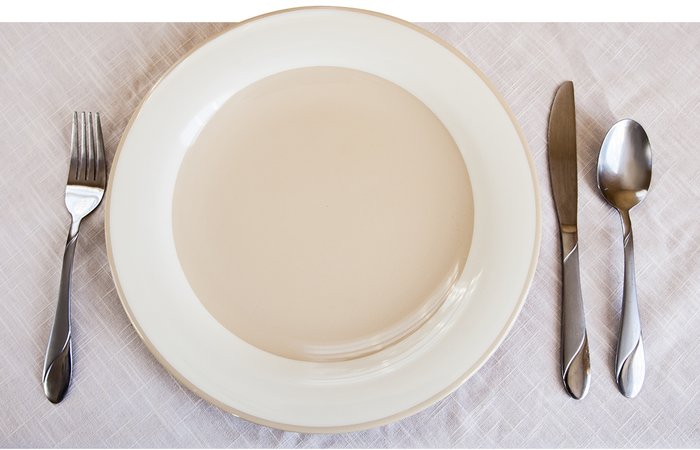 So it sounds perfect, right? Not so fast. One short-term fasting study, covering 15-30 hours, demonstrated an increased rate of protein breakdown. The last thing that most bodybuilders and serious gym rats want is to lose any of the hard-earned muscle they’ve lost blood, sweat, and tears over!

Plus, purposeful fasting of 20 hours or more, lasting only two weeks, may invoke a starvation-related decrease in resting metabolic rate. A decreased metabolic rate may slow down the weight-loss train and quickly derail your cut.

Don’t ditch the diet yet, though. Stay tuned for specific supplements to help combat these effects and increase protein synthesis for maximum muscle growth.

Previous research has demonstrated that IF may have slightly negative effects on aerobic and anaerobic measures, such as running and jump power. Additionally, fasted athletes may experience higher levels of fatigue during training, but this does not necessarily mean a decrease in performance or strength. Supplements can help with this.

If you think that restricting calories will ultimately lead you to a destructive binge-eating episode, think again. Participants in a study on alternate-day fasting were shown to decrease emotional eating and increase their restrictive eating. They were less hungry, more satisfied, and significantly less likely to cheat on their diet than if they were not following their Intermittent Fasting plan.

One reason Intermittent Fasting makes it easier not to cheat is you can have bigger, more satisfying meals. Example:

“Spread, say, 2,500 calories over 6-8 meals, and you’ll end up with some pretty paltry portions. but those same calories over 1-2 meals can make for a fantastic food celebration…You could drop from eight meals per day to four, & you may find that you are much more satisfied, and your hunger levels could drop.”

So now that you’ve got the science down, let’s look at the best way to not only achieve your fat-loss goals, but to also optimize your gym performance and thrive while on the Intermittent Fasting diet!

In order to maximise your exercise performance, it may be best to train immediately prior to breaking your daily fast. This will allow the following strategies to optimize recovery and protein synthesis, and replenish energy stores.

Essential Amino Acids (EAAs & BCAAS): When following an Intermittent Fasting diet, sipping on EAAs throughout the day may help increase protein synthesis. This will help balance out some of the protein breakdown that may occur from fasting as discussed earlier.

Caffeine: Not only does a little bit of caffeine before your lift help get you get fired up, but a dose of 1-3 milligrams per pound of body weight has been demonstrated to significantly increase upper-body strength!

Beta-Alanine: Beta-alanine supplementation has been found to increase work capacity by decreasing fatigue associated with build up of metabolites (e.g., hydrogen ions). This supplement works by increasing the amount of carnosine, an intracellular buffer, stored in the body

This buffer reduces the level of acidity in the blood, allowing for improved high-intensity exercise performance. The effective dose for beta-alanine is 3.2g per day.

Carbohydrates: Research has demonstrated that consuming 6 grams of essential amino acids (EAA), in addition to 35 grams of fast absorbing carbs such as dextrose or sucrose, immediately prior to resistance exercise significantly increases protein synthesis due to an increased influx of EAAs to the active muscle.

In other words, slam about 30-50g of carbs and some EAA right before hitting the iron to maximise your muscle gains.

EAAs: The body physically does not produce 9 of the essential amino acids so our body gathers them from food and/or supplements. Now if you’re working in a caloric deficit there’s a good chance you’re not getting enough daily & this is where EAA Supplements come into effect. Using EAAs/BCAAs during your workout help to work in two ways: helping to avoid decreases in protein breakdown, resulting in keeping as much lean muscle mass as possible. As well as enhanced recovery & muscular hydration. For dosing, it is best to have at least 5-10g of EAAs during your workouts.

We recommend consuming 20-25 grams of a fast-digesting whey protein, like whey protein isolate, immediately post-workout to jump-start the anabolic process.

Carbohydrates: After resistance-training exercise, carbohydrate ingestion (0.5 grams per pound of body weight), independent of protein, has been demonstrated to lead to decreases in muscle-protein catabolism, with small increases in protein synthesis. Consuming carbs after a fasted workout will also help restore glycogen levels.

If you opt for a post-workout shake, try to find one that contains dextrose, as it has been shown to restore glycogen at a faster rate than maltodextrin. If you prefer to snack on actual foods, stick with moderate- to high-glycemic-index foods, such as pretzels, white rice, bananas, and potatoes.

Intermittent Fasting Isn’t For Everyone

If you prefer to snack on food throughout the day, or you feel better after eating three square meals, then do what works best for you. The best diet is the one that you’ll stick to, the one that fits with your lifestyle, and the one that you enjoy the most!